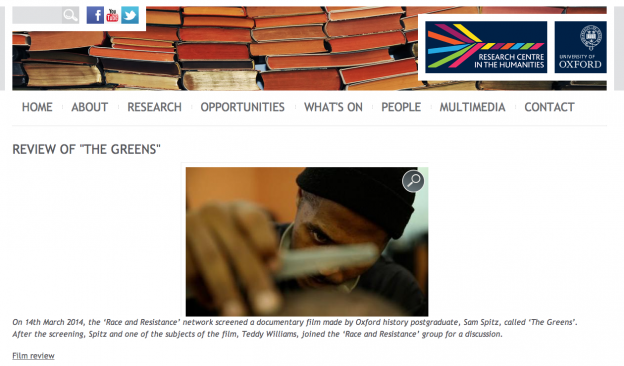 The Oxford Research Center in The Humanities writes:

The clear strength of Spitz’s film for me was the space it allowed Williams and his friend, L.C. Harris Jr., also known as ‘Batman’, to speak about their lives. Whilst assuming the role of interviewer, Spitz for the most part stays off-camera. Instead we hear directly from Teddy and ‘Batman’ about their memories growing up in Cabrini Green and their sorrow at its recent decline and demolition by the Chicago Housing Authority. Their words are moving and poignant. ‘You can’t take a gun, put it to my head and say, “This is a stick-up, give me your memories”’, Harris says at one point, reminiscing about his early life in the projects. Williams also effectively uses imagery to describe how it felt to watch his childhood home be dismantled, brick by brick: ‘It was like every time a building was tore down you lost a part of your body, like one of your members. Like your leg don’t work no more, then your other leg stop working…That’s how it started to look. Everything started to limp’.