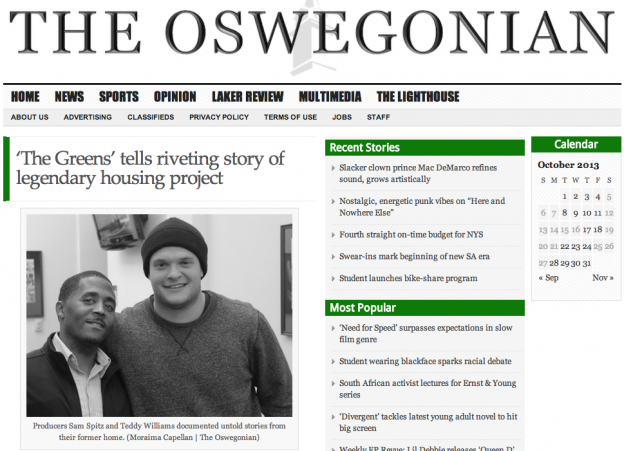 Before showing the film, Spitz asked the audience about their knowledge of Cabrini Green or of public housing. When most people hear the words “public housing” or the “projects,” they immediately think of drugs and violence. And that is exactly what Spitz thought of his entire life about the famous housing project near his hometown in Chicago. Spitz explained that after graduating college and spending a summer in Mexico he came back home feeling lost. He initially wanted to work on a project about the red line in Chicago. In the red line, he met Teddy Williams, a humble barber that would take him on a journey back through time and of self-discovery.

“I still don’t really know where I’m going,” Sam Spitz said, who graduated from Colgate University. “This project led to someplace completely unexpected and that’s where the film will pick up.”